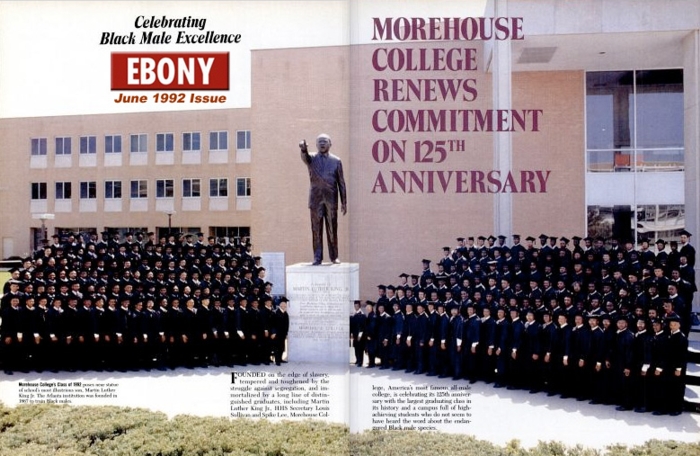 Please share this with ANY-AND-EVERY brother from our class. Nobody should tell us later: "I had no idea about our reunion----man, I wish somebody told me---I hate that I missed it." (don't let that tragedy happen).

As always, joining and using this site is FREE OF CHARGE.  Please make sure your profile is updated and you are NOT on the "missing" list.

Looking back to the year was 1992... President Bill Clinton was elected (defeated Bush and Perot), Los Angeles saw the Rodney King riots, we had riots in Atlanta as well, the first Nicotine patch was introduced to help stop smoking, Arthur Ash announces he contracted AIDS, DNA fingerprinting was invented, the Balkan War was raging, Euro Disney opened in France, Larry Bird retired from the NBA, Washington Redskins won the Super Bowl, Toronto Bluejays won the World Series, Chicago Bulls won NBA Finals, Duke won the Final Four, The Summer Olympics were in Barcelona, and Mall of America was constructed in Minnesota spanning 78 acres.

AND the class of 1992 walked across the stage at the Morehouse College Commencement on their way to make a difference in the world as newly minted MOREHOUSE MEN.  It is remarkable that this was THIRTY YEARS ago!!!  Please make plans to join us in May for our reunion (with our Spelman Alumnae classmates).  Let's reconnect as brothers (JOIN HERE) and show our thanks to Dear Ol' Morehouse via our support.

Not a member? Join Here. Find and click on your name.